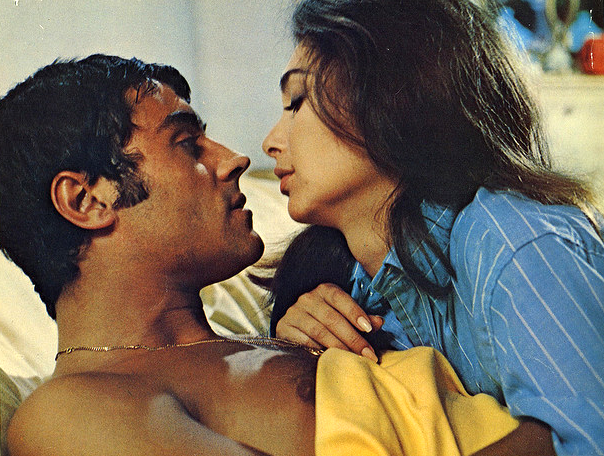 For reasons I’ve never quite understood, I’ve maintained an odd recollection of and attachment to the 1969 film, If it’s Tuesday, This Must be Belgium. It was on TV when I was a kid but no more frequently than any other junkie films that populated the late-night film archives of local Boston affiliates. Why would I so fixate this film? For a while I assumed it was the presence of a youngish, sneaky hot Suzanne Pleshette, and maybe that’s it. But maybe, just maybe, it was the fact that her love interest was played by Ian McShane. 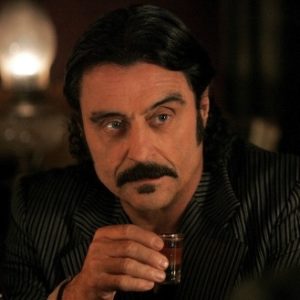 I keep running into this guy. I just plowed through three seasons of Deadwood, in which he hit it out of the park as iconic Gem Saloon owner Al Swearengen. Now I’m onto a British mini-series production of Ken Follett’s Pillars of the Fall, where McShane presides as the conniving Bishop Waleran. This son of Blackburn, Lancashire has been around forever but it wasn’t till the other day that I realized what a long screen relationship I’ve had with him.

His big screen credits frankly leave a bit to be desired. I wouldn’t call them four thousand holes in the resume, but several decades of nothing films have been followed, of late, by a series of grey-eminence roles (Coraline, The Golden Compass) and bit parts in animated features (Shrek the Third, Kung Fu Panda). He may be the only British actor who failed to land a sinecure via the Harry Potter franchise. Sexy Beast was a fine film, though his solid portrayal of Teddy Bass was overshadowed (along with everything else in this 2000 feature) by the sublime, astonishingly evil Ben Kingsley character (yeah, he’s got range but who knew Ben had that in him?). McShane’s Blackbeard in the latest installment of Pirates of the Caribbean, On Stranger Tides, was probably a nice payday but it ain’t gonna win him any Best Supporting Actor nominations. 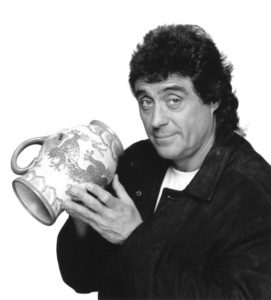 On TV, however, McShane has turned in a hall-of-fame-caliber roster of work, on both sides of the pond. God praise Wikipedia for logging it all for posterity. This guy is a mini-series maestro — Roots, Disraeli, Pillars — and has starred and/or appeared in a laundry list of fine or otherwise noteworthy series: Space 1999, Magnum P.I., Miami Vice, Dallas, The West Wing… Deadwood’s well earned praise, and his centrality to the show, now overshadow what had been the jewels in his crown: eight years as the unabashedly mulletted, somewhat slimy antique dealer, Lovejoy, and a recurring role in the equally laudable (and British) series Minder.

I’m not trying to make any monumental cultural point here. Only that no one does rogues of ambiguous motivation like Ian McShane.