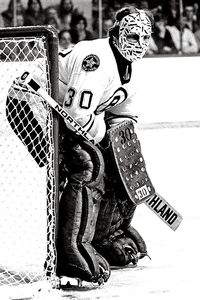 Bruins Pod: Game 4 Has a Tough Act to Follow

Unless you’ve been living under a rock the last few days, you know that Game 3 of the Stanley Cup Finals was, shall we say, Eventful, with a capital “E”. The Bruins’ Nathan Horton knocked cold by Canucks defenseman Aaron Rome, who was sent off and subsequently suspended by the NHL for 4 games, effectively ending his season. The Bruins went on to smoke Vancouver 8-1, effectively erasing the psychic trauma of two heart-rending losses, in Games 1 and 2. I didn’t think it would be possible for The B’s to put behind them the surrendering of a game-winner with 18 seconds left, in Game 1, and a game-winner just 11 seconds into Overtime, in Game 2. But Game 3, for all its queasy, uncomfortable overtones, was just such a series-changer. We talk about the hit, the suspension and the ramifications in store for tonight’s Game 4 with resident hockey expert David Desmith.